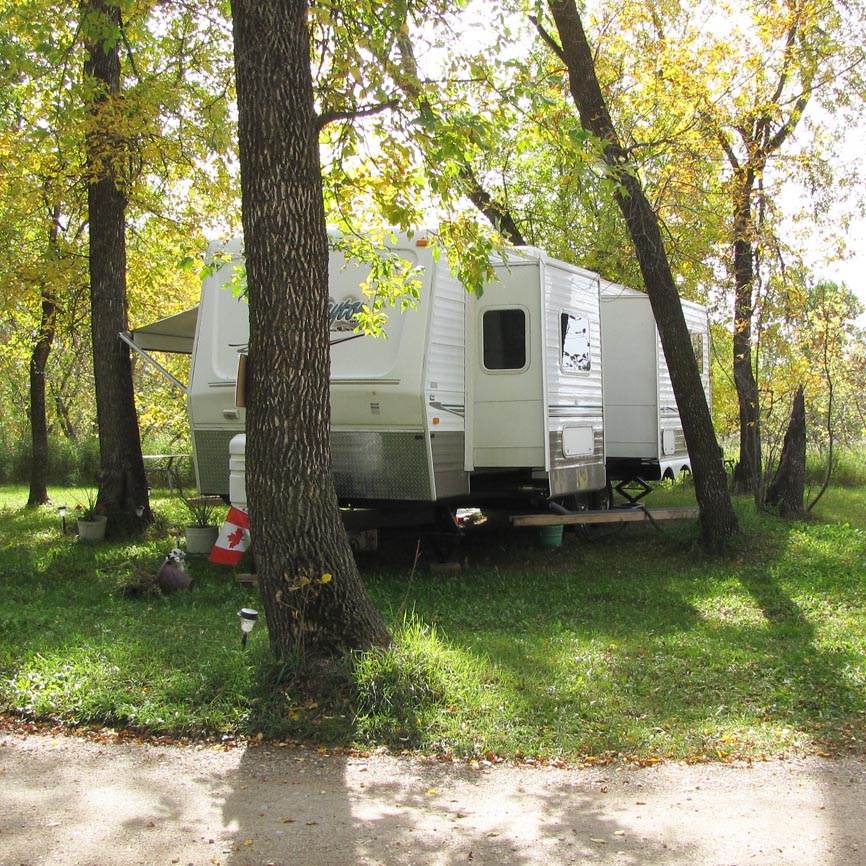 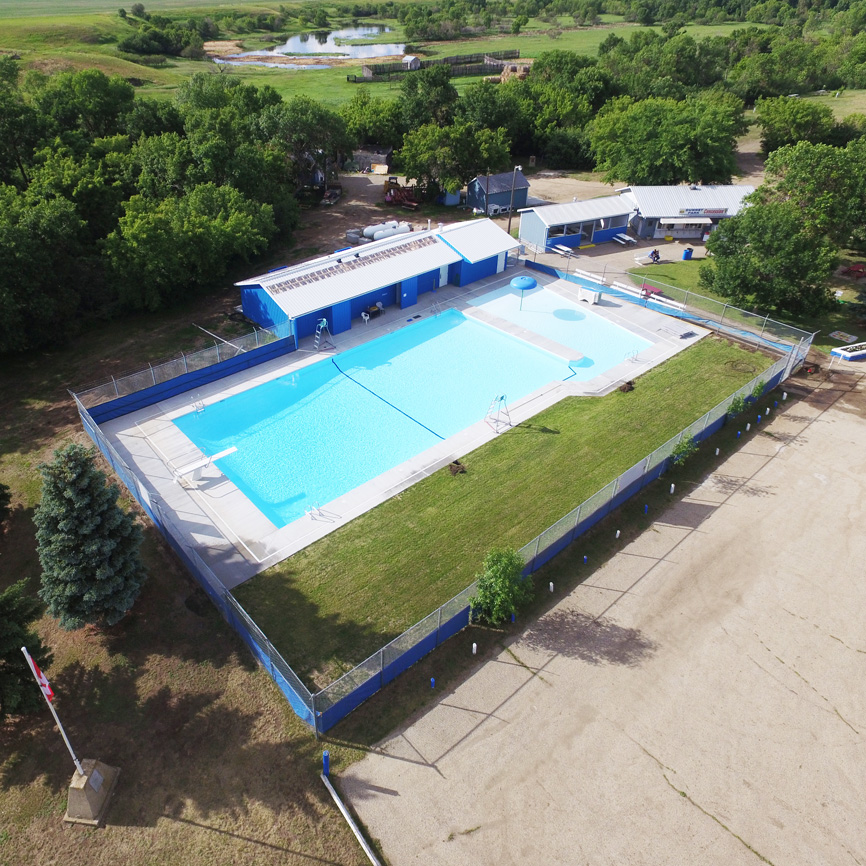 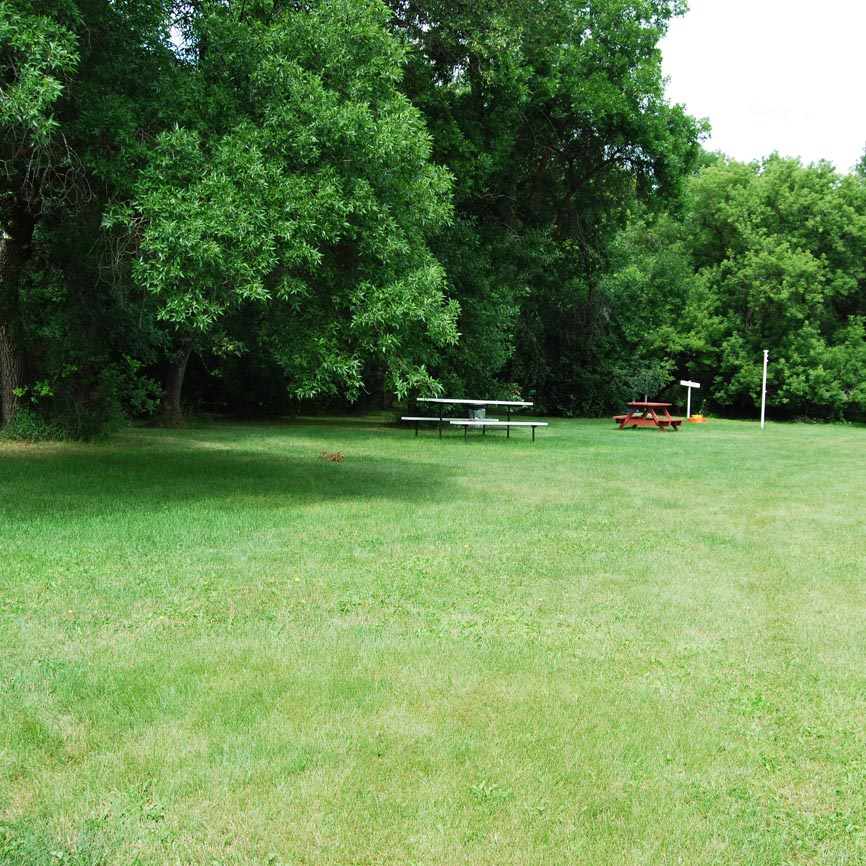 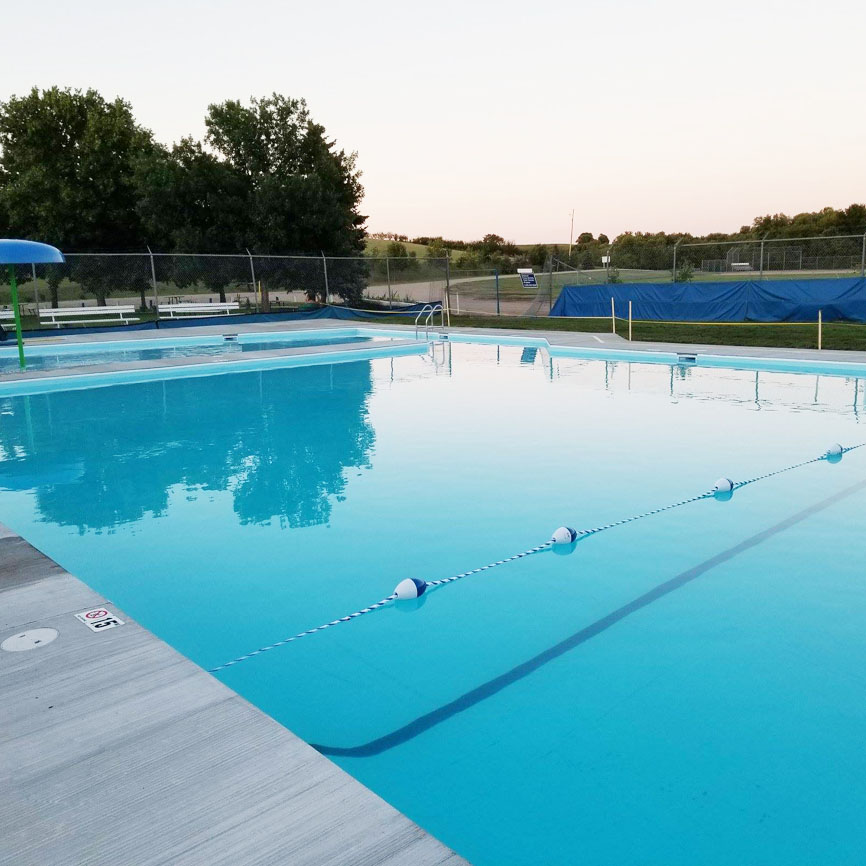 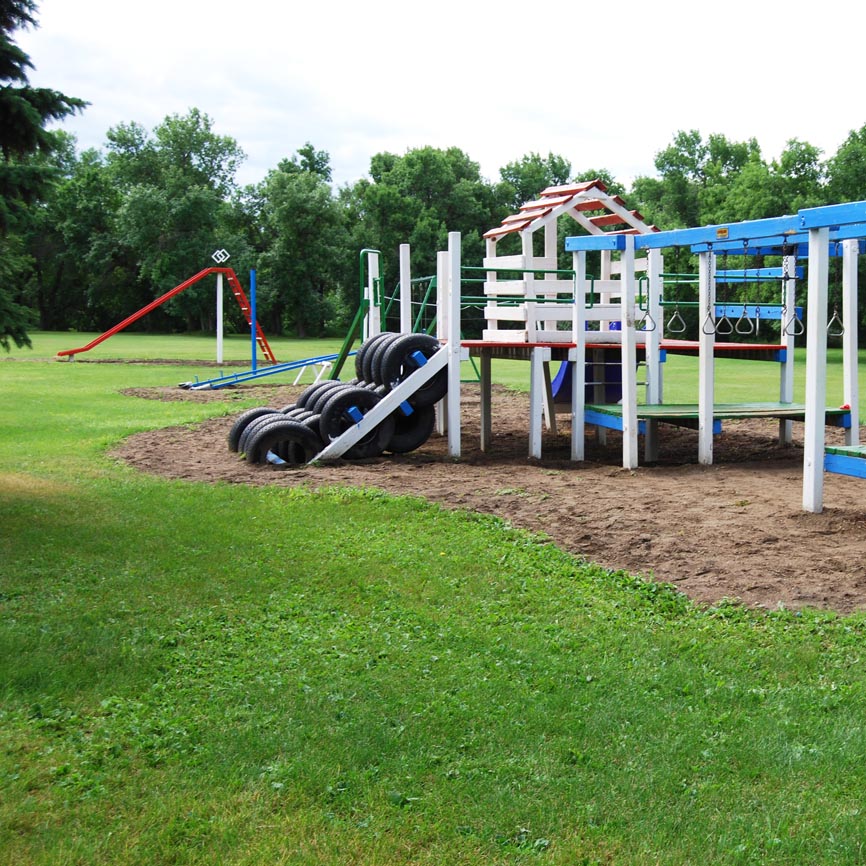 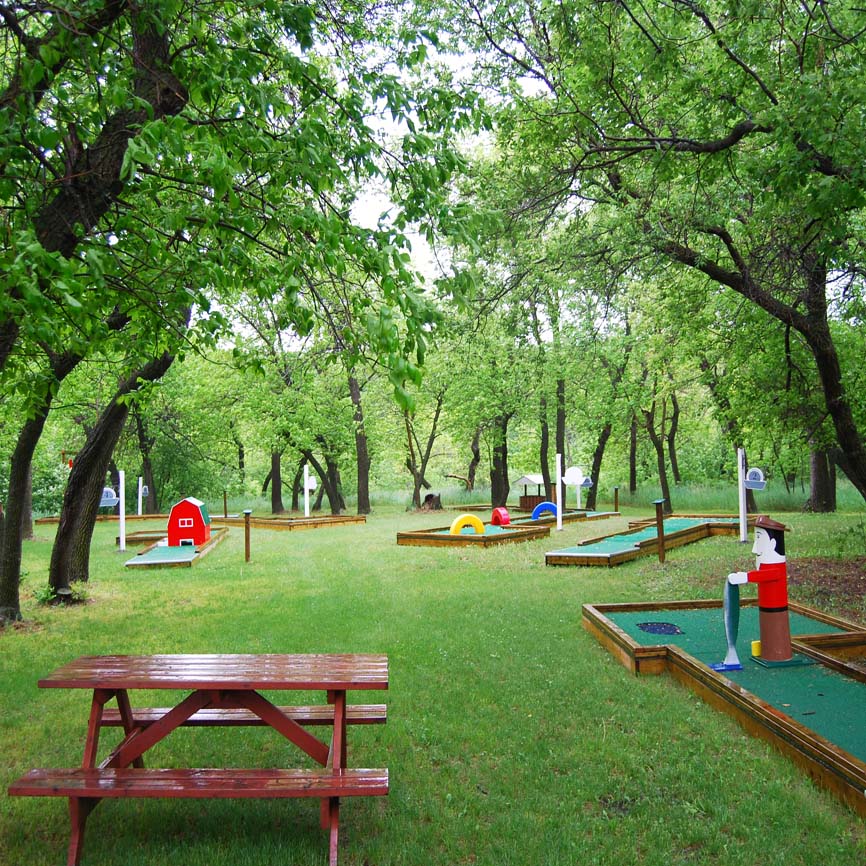 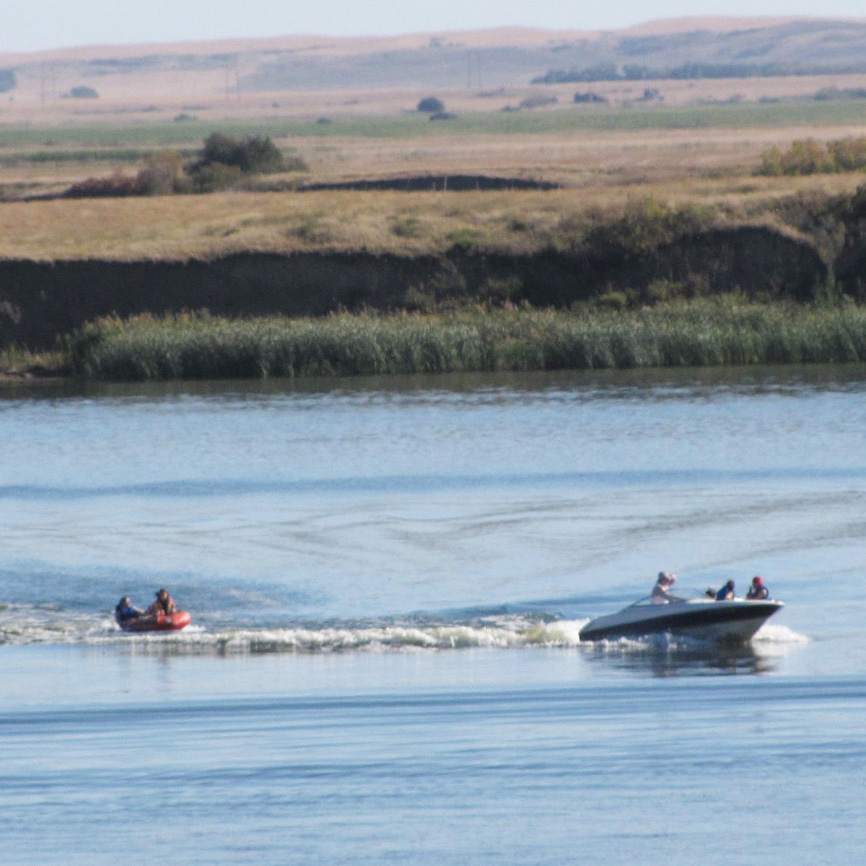 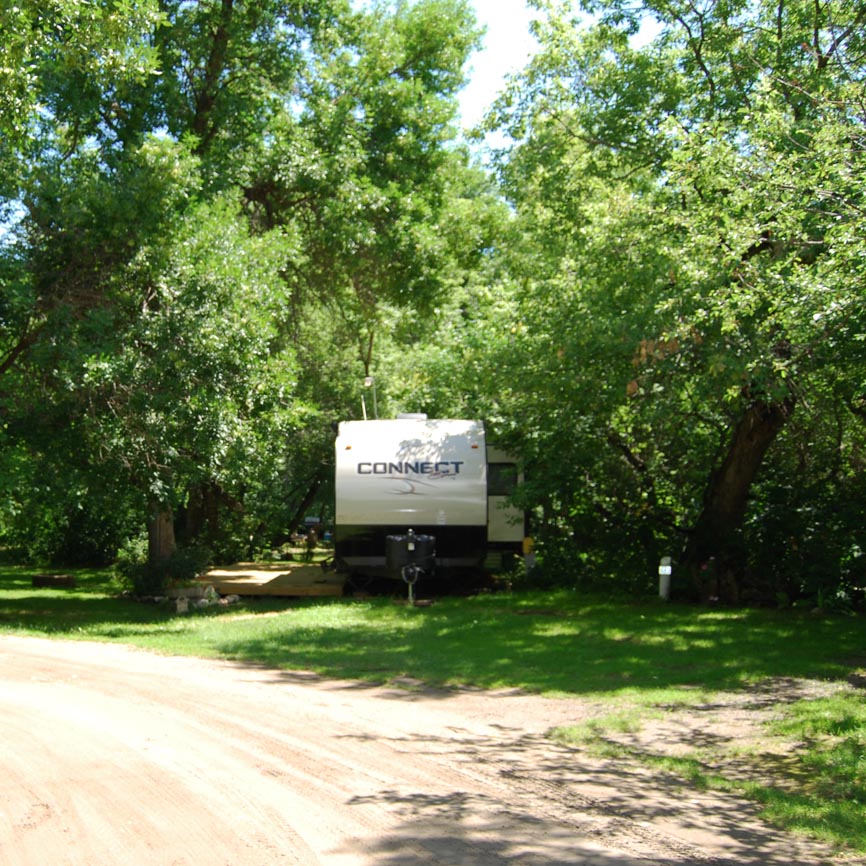 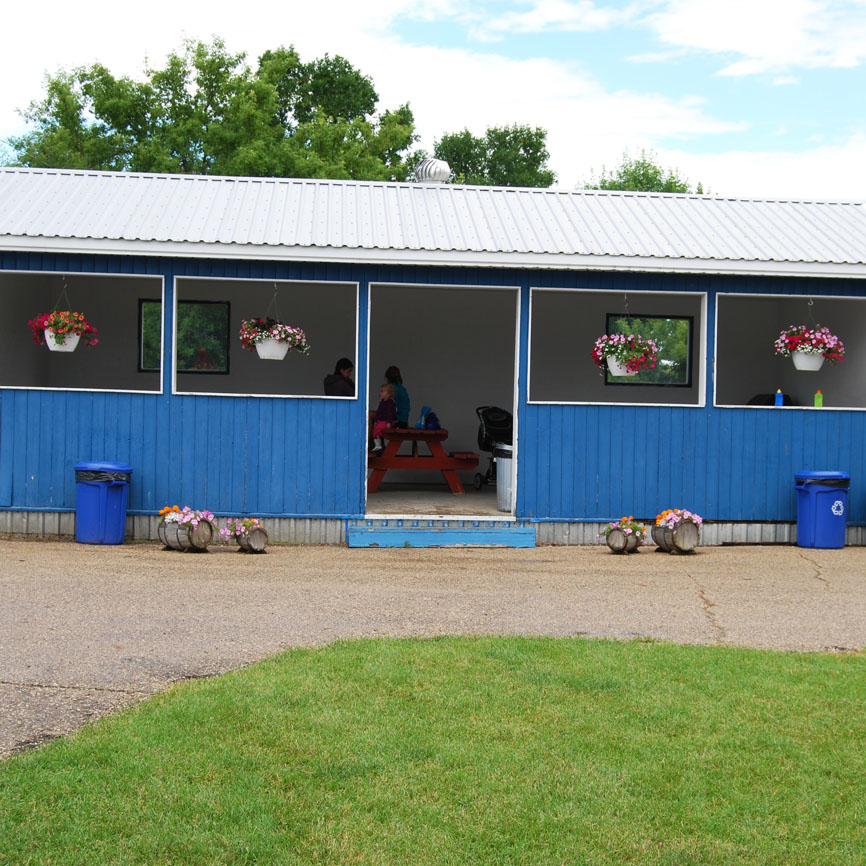 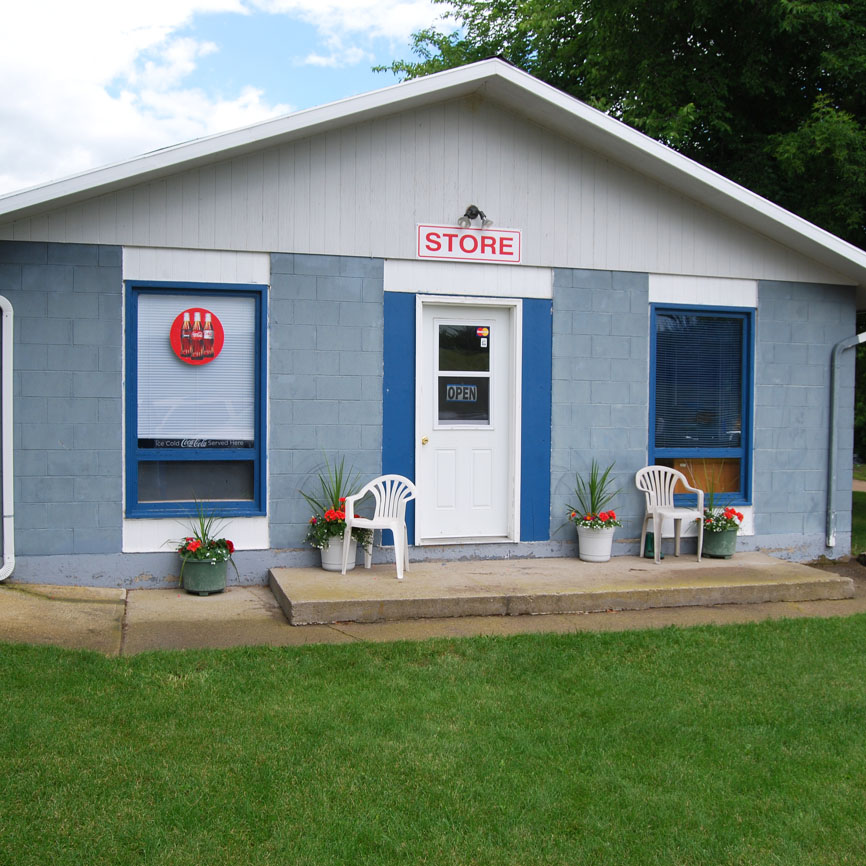 Built near a dam and reservoir that constricts Avonlea Creek. Dunnet Regional Park covers 50 acres of naturally treed valley, and is officially open from May until mid September. The park has much to offer. The main attractions are camping, swimming, boating and fishing. Other activities include mini golf, canteen, hiking, multiple play areas and baseball diamonds. We offer eight ball diamonds, all have grass outfields with dirt infields, tall mesh backstops on metal poles. Pets are permitted in the park, but they must be on a leash at all times. In 2020, Dunnet Regional Park was named Park of the Year!!!

Dunnet is the perfect place to stay while touring nearby attractions such as the Claybank Brick Plant National Historic Site, an 18-hole championship golf course, Long Creek Golf & Country Club or the Avonlea Heritage Museum. The museum hosts guided tours through the Avonlea Badlands and the beautiful Blue Hills, where visitors can view 70 million year old rock, native effigies, an aboriginal ceremonial site and much more.

In the early 1960s, the PFRA (Prairie Farm Rehabilitation Administration) constructed a dam near Avonlea, creating a 600 acre lake. Local residents formed a regional park authority, which purchased land containing 300 year old ash and maples and developed it into a campground. The park was officially opened in 1967 and named for a beloved local physician. Nearby in the Blue Hills, visitors can view 70 million year old rock exposures, part of the Bearpaw formation, as well as native effigies and a buffalo jump site near an aboriginal ceremonial site, complete with healing and sweat lodges. The nearby Claybank Brick Plant National Historic Site, which dates to 1912, provides visitors with a rare example of early industry. There are museums in Wilcox, Avonlea and Briercrest.

ALCOHOL BAN IN EFFECT FOR MAY LONG WEEKEND.

Pool is open from June 30 to September Long Weekend (weather permitting). Must be 18 years or older to rent sites. All dogs must be on leash. NO ATV’S, DIRT BIKES, GOLF CARTS ALLOWED.

All campsites have picnic tables and fire pits. Loraas bins are located nearby. Drinking water is available from central taps and firewood is available at a cost per bundle. Washroom facilities range from old fashion outhouse to modern shower house with flush toilets.

Available for reunions and weddings. Recreational building complete with freezers, fridges and stove as well as kitchen with water. 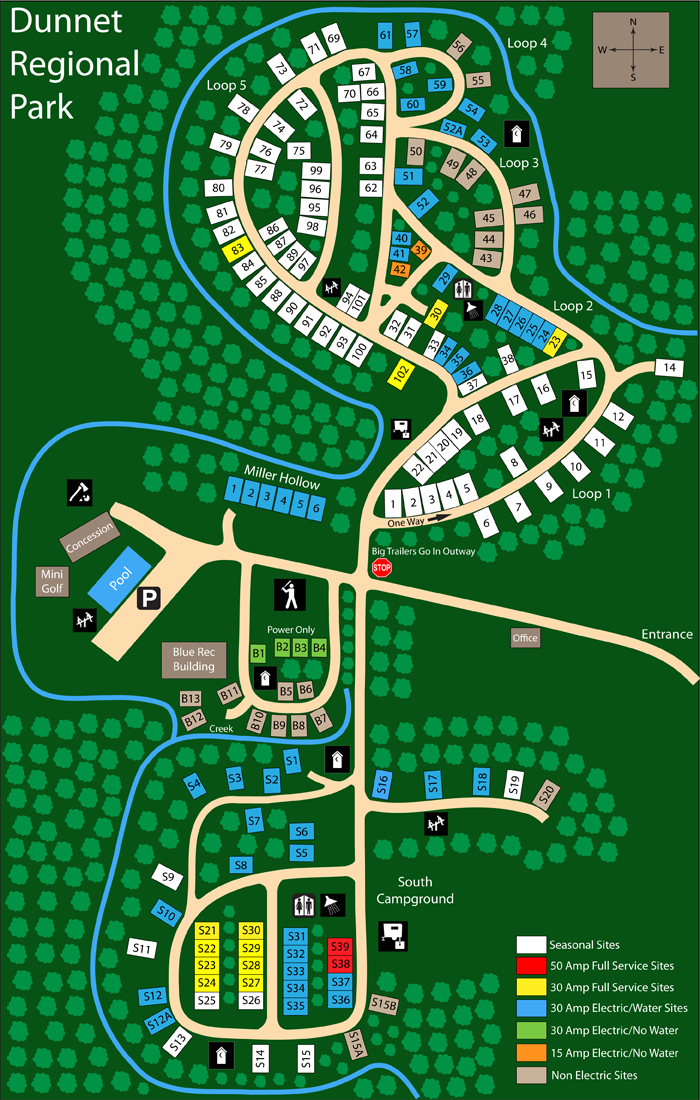 A new heated outdoor 25 meter swimming pool with qualified lifeguards, a diving board, spray features and a zero beach entrance allows everyone to enjoy the fun.  New change rooms and showers are wheelchair accessible.  Weekly sessions for swimming lessons and public swims are offered throughout the summer.

Between the pool and the day use or picnic area is a the playground, with slides, swings, teeter-totters, and a creative play center, all built on a fine lawn with plenty of space to run and play in.  We also have three other playgrounds in the park.

Join the fun on the Watson Reservoir; a 600 acre playground for you and your watercraft! A boat launch is available, free to registered campers, and there is a large parking area for trailers beside the reservoir.

The park has a nature trail to the campgrounds, as well as various other groomed trails and plenty of ungroomed natural spaces to explore.

Take a break from the sun and head to the 9 hole mini golf course hidden in the shade behind the pool. The course winds around the trees and provides entertainment for young and old. Putters, balls and scorecards are available at the concession.

Campsite reservations are booked online only and begin April 15/2022 at 9.00am.